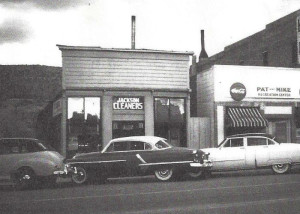 Business was purchased by Wayne G. and Idona Jackson. The business was owned by Mr. Blackett at the time and was Superior Cleaners. At that time, there were four drycleaning businesses in Cedar City. Wayne had worked for Mr. Blacket throughout high school. After he came home from WWII, he and his wife purchased the drycleaning business. The original building was located on Main Street just north of the current Mr. R’s Men’s Wear. 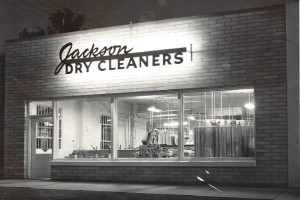 The business was moved to a brand new building located at 59 W. Center Street. The business remained in that location until 2009. Throughout the history of Jackson Dry Cleaners, the drycleaning machines and equipment were kept up to date and in good working condition. A new drycleaning machine was installed about the time the business moved.

Jan Jackson Hansen purchased the business from her father, Wayne G. Jackson and established a second Jackson Dry Cleaners in St. George. A main drycleaning plant was established in the Phoenix Plaza, and 4 years later a drop store in Bloomington. She managed the three stores until they were later sold.

Joe Jackson Melling purchased the Cedar City business from his Aunt Jan Jackson Hansen. A new Forenta dry cleaning machine was installed and the front foyer was remodeled. This created an up-to-date cleaning facility which was more customer friendly. At this time Jeri Torsell was hired as the manager of Jackson Dry Cleaners and continues to give great service 17 years later. 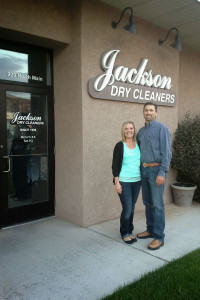 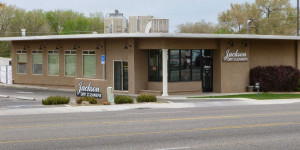 New property and building located at 929 N. Main were purchased by Mike and Janae Carpenter. The remodeling took about 10 months after which the second store was opened. They were able to purchase all equipment from a drycleaning plant in Idaho that had gone out of business. Jackson Dry Cleaners doubled its capacity and currently has two modern drycleaning machines as well as many modern cleaning and pressing capabilities.

All operations were consolidated into the new location at 929 N. Main St.

What Our Customers Say

Great Service. My clothes came back looking great. I would not go anywhere else! I suggest Jackson Dry Cleaners to everyone looking for a friendly, professional drycleaner in the area.

Super service! I would recommend Jackson Dry Cleaners to all my friends and family!